As much as I love a bit of steamed or roasted veg with a squeeze of lemon, it’s nice to be reminded of the versatility of veggies and get creative with the ways we use them. This broccoli crust pizza is a perfect example of using broccoli in a way that is very different from it’s natural state, but you still get to appreciate the flavour, colour, and goodness of it. This is a pizza for broccoli lovers.

Can it even be called a pizza if it’s on a crust made of broccoli? – 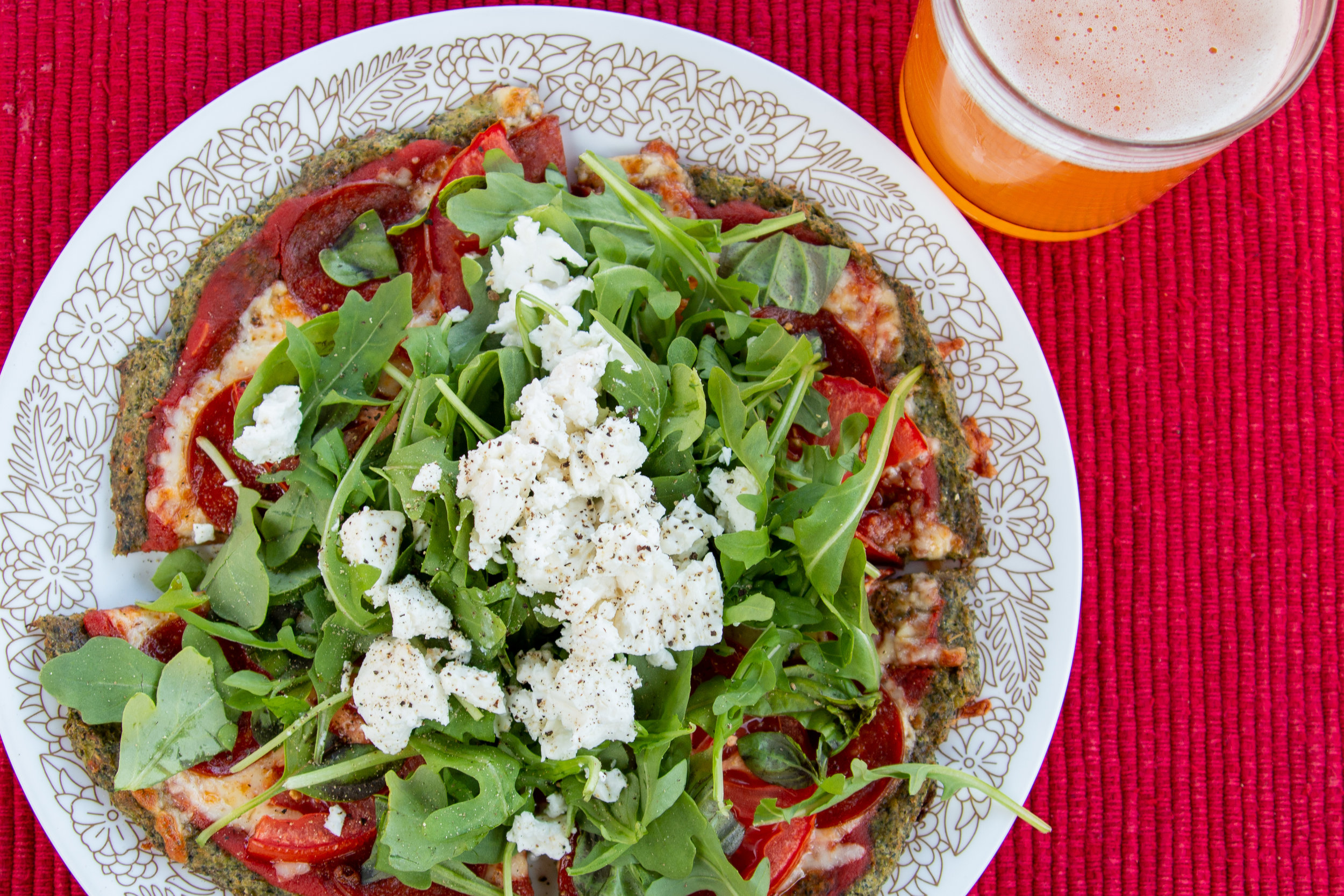 I don’t really care what you call it, it’s damn good.

I’m not normally one to go in for alt-crusts or alt-milks, but there’s something really exciting and satisfying about making a pizza almost entirely out of broccoli. It’s like we’ve duped the system or something.

Before making this, I would have never believed that broccoli would hold it’s shape enough to serve the same purpose as a pizza crust. But it really does! 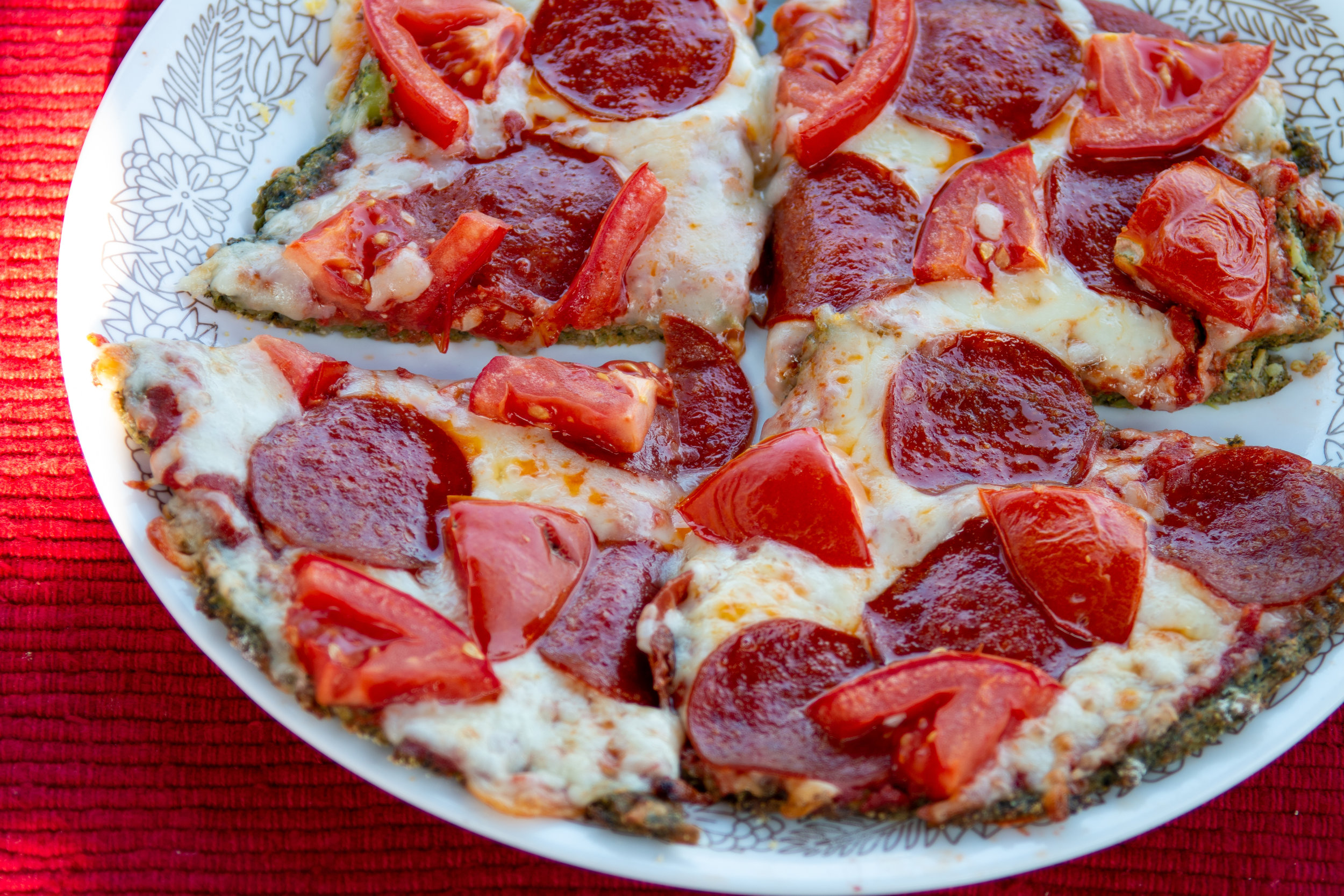 This broccoli pizza crust is pretty similar to the other vegetable crusts you’ve seen floating around, namely the cauliflower crust pizza which has become very popular in recent years.

This one doesn’t mimic a traditional flour crust as much as the cauliflower one does, but as a dear friend of mine pointed out, it’s kind of a good thing. I think it’s great that this crust isn’t white like pizza crust. It’s kinda cool that it’s brightly unapologetically green. It has nothing to hide. 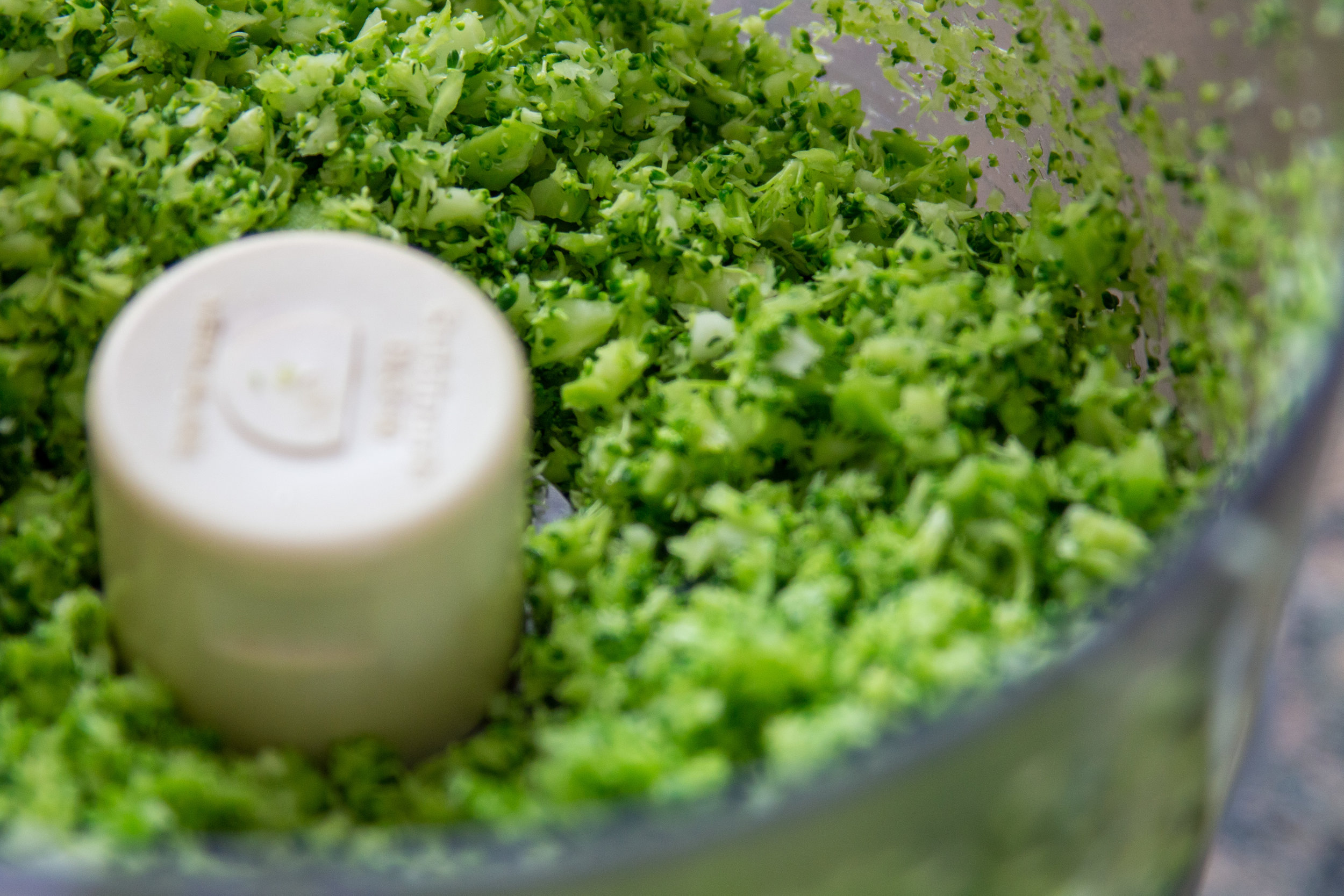 Pizza For the People

And yes, this hyper-colour pizza is wonderful in ways other than just how it tastes. It’s of course very nutrient dense, since its made almost entirely out of broccoli, and it’s free of all kinds of things that people have trouble with these days, like flour and cheese.

Most of the vegetable-based crusts that I’ve stumbled upon online have a LOT of cheese in them. Not that there’s anything wrong with that, but I kind of like that this one holds together with our without the addition of cheese. I do have a fair amount of lactose intolerant friends, and I like knowing that I can make this for them and they won’t feel like crap. 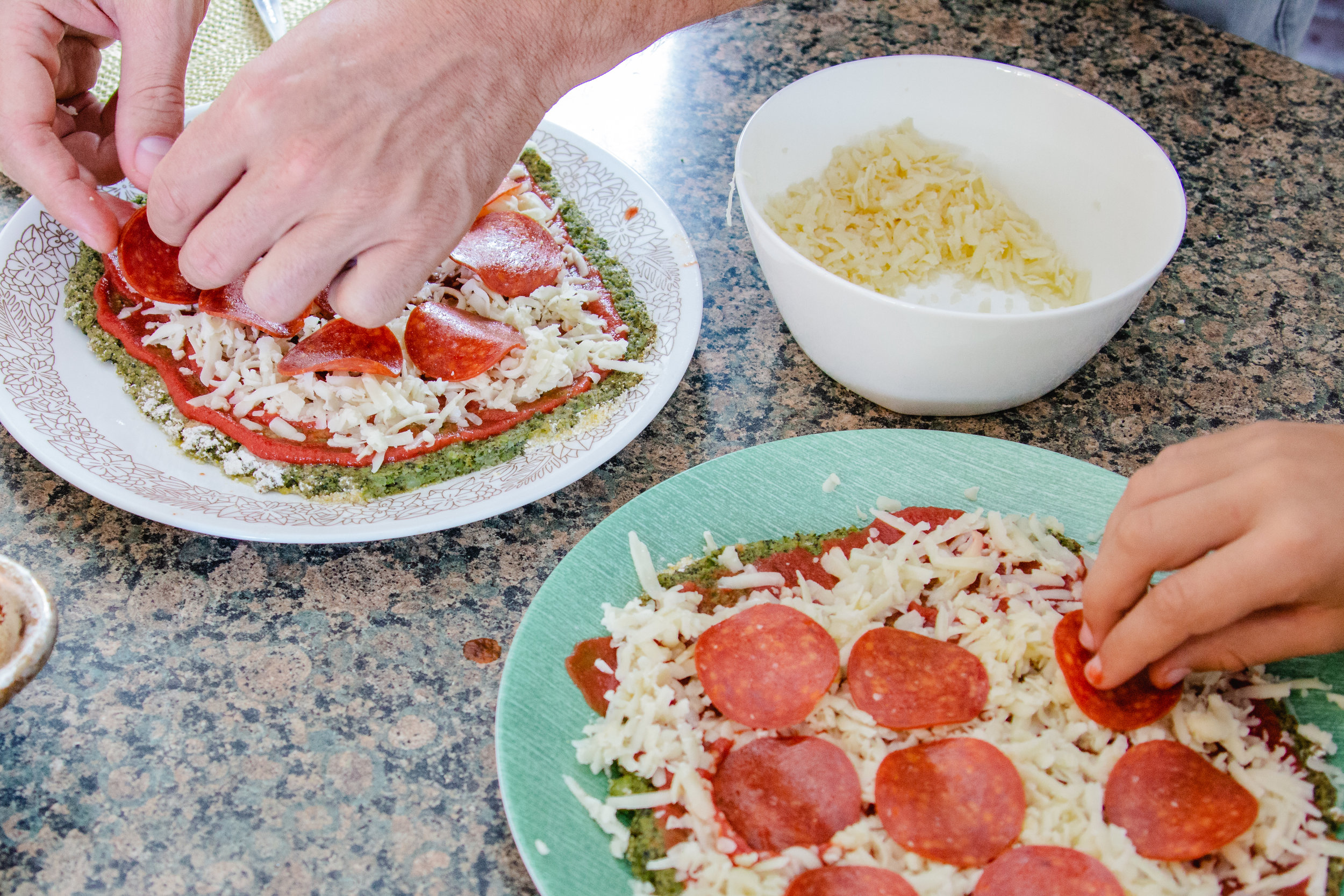 This bright green pizza project is a great dinner to make with kids. They get to help you squeeze out the broccoli water and shape the crust on the pan. I find it really fun, and I’m a grown up. 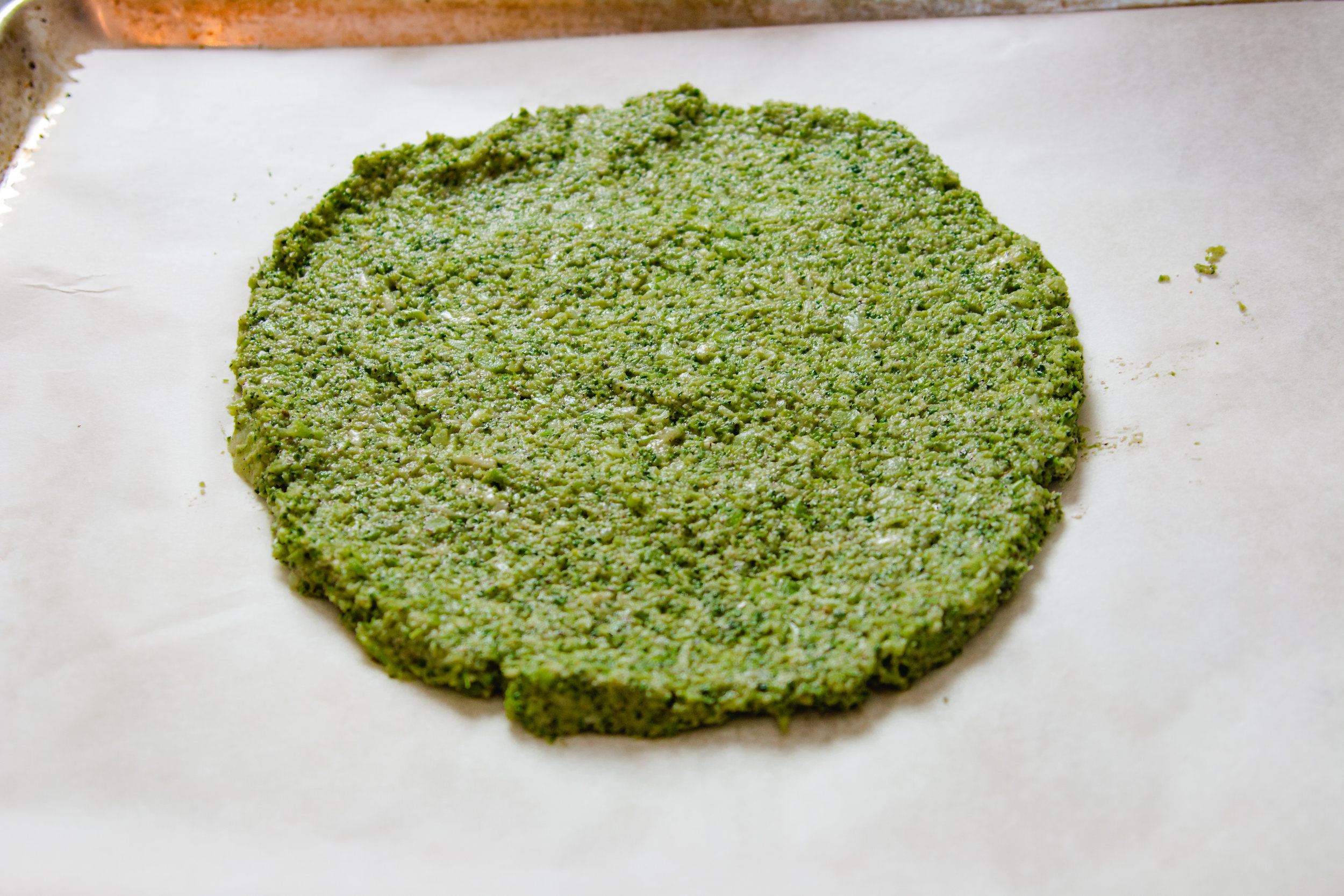 The toppings can be the same toppings you would put on a regular pizza. Mine have ranged from fancy things like fennel and Italian sausage, to basic things like pineapple and pepperoni.

Note: The cooking water is nice to add to a vegetable soup, or if you’re really in the mood for a vitamin hit, just drink it as is! I did, and I liked it more than I expected to. It’s like broccoli tea. I totally know how weird and kinda gross that sounds, but it really wasn’t bad at all!

I really hope you like this one! If you do, let me know about it! Let’s connect on the Gram or the Tube!

Thanks for joining me here! There are so many places for us to hang out. Join my email list, connect with me on Instagram, Youtube, or Facebook, and by all means, share this site with your friends who you think could use a bit of help in the cooking department!