Everything truly is better with gravy. And although I’m usually pretty happy when I’m diving into a poutine at my local pub, which probably used powdered mix to make their gravy, I’m ever more excited about gravy made from scratch. There’s just no comparison.

In this video I walk you through the basics of gravy making, so you can impress your friends and family at your next holiday dinner.

There is no better place to show off your gravy making chops than with a big turkey dinner. For turkey gravy, it’s the same process as chicken gravy. Use the exact same method, but increase the quantity of everything. Bigger bird, more people to feed, more gravy!

I use stout instead of white wine in this gravy because it gives it a really nice dark colour and rich flavour to the gravy.

1. Roast something – Chicken, turkey, Roast beef, an old boot, whatever.

2. Deglaze (release) any brown bits that are stuck to the bottom. You can use wine, beer, water, or stock. (This chicken made a lot of juice so I kinda skipped that step in this video, but managed to sneak some stout in there none-the-less).

3. Pour off the liquid and fat

5. Add an equal amount of flour to make a roux

6. Add the liquid back in gradually, while whisking, until you have a perfect smooth gravy.

The basic ratio of Roux to liquid will be approximately 2 TBSP each of fat and flour to 500 ml of liquid.

So, you’ll want to reverse engineer that to figure out how much you need. I’d wager on 100 ml of gravy per person. That means, this method will supply about five people with gravy.

Keep some extra stock nearby so you can thin out the gravy as needed. If you are using store-bought stock instead of homemade, avoid the cubes and go straight for the good stuff. “Better than Bouillon” really is what it says it is. It’s mostly just really concentrated meat stock (which is why it’s more expensive than cubes) but it’s WORTH IT! 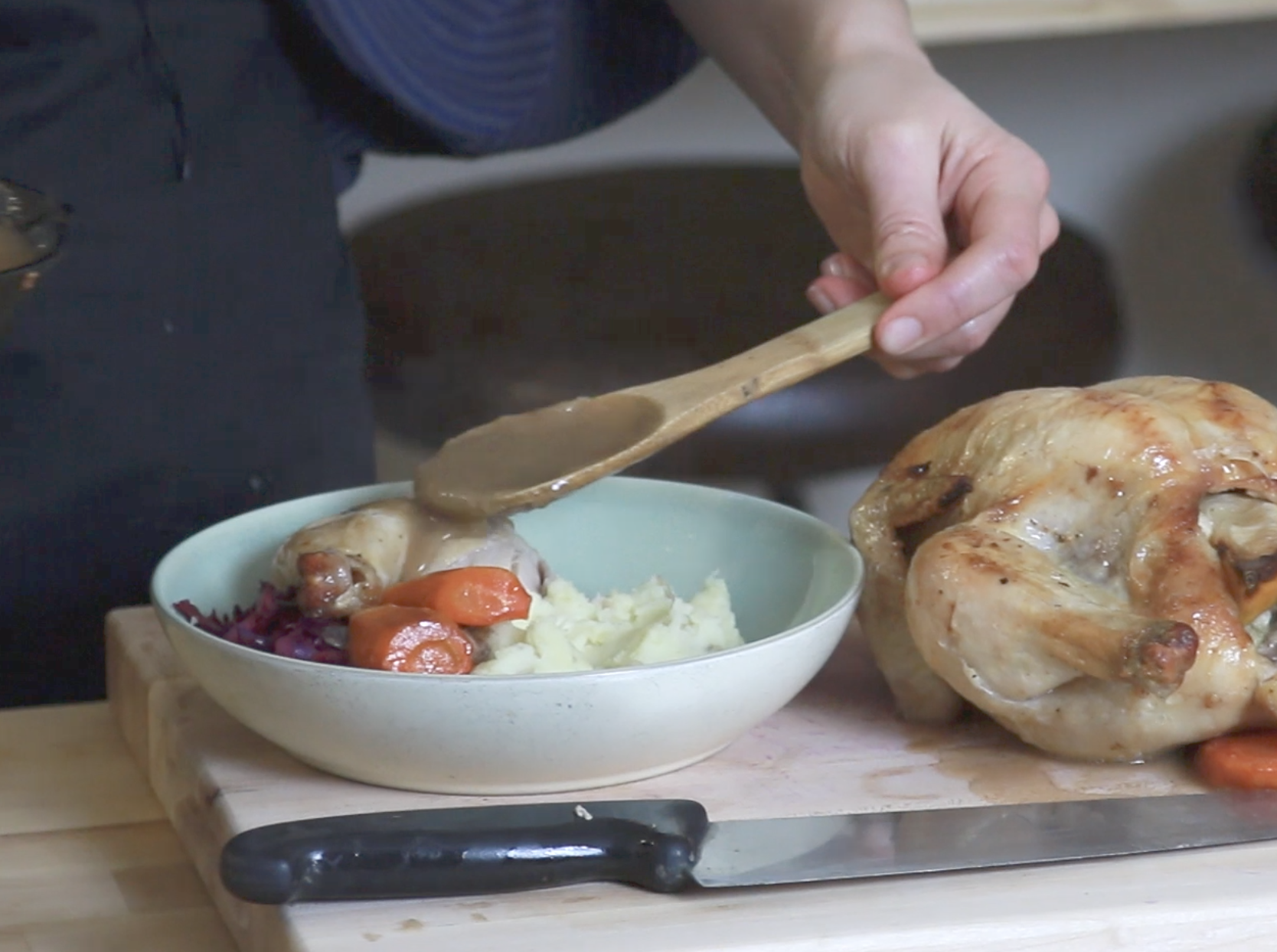